Joël Lacelle of Hearst Organics was the first micro cultivation licence issued in Canada after the Cannabis Act came into force in October 2018.

Located in Hearst Ontario, a community of about 5,000 approximately 10 hours north of Toronto, Hearst Organic is home to a small 2,100ft2 greenhouse Lacelle built himself. Licensed in July 2019, he’s currently growing out his second crop and working on getting a medical sales licence.

The former exploration driller for the mining industry, Lacelle says he began considering the micro licence category when he first read about it in early 2018. Even before the regulations were in force, he says he began work on his site, prepping the space for his new, purpose-built greenhouse.

“I worked a lot and I wanted something that would let me be closer to home. I like cannabis, I smoke cannabis, and here was a way I could grow it as a new career. It wasn’t easy, it took a lot of hard work and there is a lot I would do differently now, but I am glad I did it. ”

You need to be able to do as much as you can all by yourself. It will take longer, but in the long run it will be worth doing it that way.

Lacelle says he did the process himself, without a consultant. Although he thinks it might take longer this way, he thinks it’s more cost effective, and he found Health Canada responsive, even as his application passed back and forth with new requests from the regulator.

“You need to be able to do as much as you can all by yourself. It will take longer, but in the long run it will be worth doing it that way. I think we now know how to explain to Health Canada why we do things, why our SOPs are the way they are, and I had to learn that by answering the questions when they had them.”

Getting licensed, though, is only part of the story. Now that he has held his licence for about nine months, he says he has learned more about some of the challenges in getting cannabis into the supply chain, especially without a processing or sales licence of his own yet.

With one crop under his belt, and a second on the way, he says he’s learned that growers can be at the mercy of the market and the buyers. His goal now is to get a medical sales licence, and then begin working on a processing license and sales amendment, to help gain more control over the supply chain.

“Prices are all over, I’ve seen as low as $.25, and the highest price I’ve heard of someone getting right now is $4 a gram.

“The market is pretty tight right now. You need cash flow to keep the wheels moving. You might need to be willing to sell a little cheaper to keep the wheels going, but that’s where the micros are going to have that challenge. You can’t be at the mercy of others, especially when the market isn’t good and people can take advantage of that.

Getting cannabis products to market

Hearst had originally signed to get his products to Pasha Brands, although the company has since closed their doors. Several other brokers and processors are filling the niche to help get cultivator’s cannabis products to distributors and retailers.

Part of the issue, he says, is he thinks provinces who are the main buyers of cannabis often don’t understand what consumers want. While they are usually demanding nothing but cannabis with over 20% THC, he says he thinks there are a lot of quality products out there that consumers will want that are under 20%.

“They’re not looking at it the right way. There is more to it than THC. As the micros come up, there’s going to be a broader range of products. Like me, personally, I’ll switch up my cannabis through the day. I’ll smoke something with CBD in the morning and something with more THC at night. I don’t think they understand that yet.”

I don’t see a higher end store investing money in Hearst, Ontario, but I can see my little farm-gate, with a few products doing well for our region.

Another piece he hopes to see in his own province in the future is the approval of farmgate sales, especially for small farmers like himself in smaller, remote communities.

“For us, that would be excellent, we would be the only store right in our community. I don’t see a higher end store investing money in Hearst, Ontario, but I can see my little farmgate, with a few products doing well for our region. And that will help me, for sure.”

Although he said he had originally intended to both grow flower and process it into rosin, Lacelle saw more opportunity in the prices being floated for dried cannabis in 2019 and he began to focus on that rather than processing. But now he says the market is flooded with low cost products, especially with the current economic issues around Covid and the cash flow need that creates for a lot of LPs, so he’s again looking at processing.

It’s like hitting a moving target. It’s always evolving, if it’s not the government giving you something, it’s something new that the market wants, or it’s the big producers trying to stop you.

“I got in this market to cultivate and make rosin, but when I saw what the prices were for dried cannabis, that some people were offering, I thought it made more sense to do that first and get a processing licence later on. But now I think I need to do more myself.

“The micros are definitely going to feel it when it comes to the processing side of it. Right now, the big guys are just really trying hard to keep us out of the picture.”

Trying to navigate an ever-changing and tightly regulated market is not easy, either.

“It’s like hitting a moving target. It’s always evolving, if it’s not the government giving you something, it’s something new that the market wants, or it’s the big producers trying to stop you.”

In it for the long run

Still, he’s hopeful and says he got into this for the long run. He took about a month between his first and second crop to clean up his site, to decide what his next crop should be, and to learn from his first crop. He wasn’t in a rush to get a new crop in the ground right away.

“I don’t think this is a race, by any means. I’m really trying to take my time to find that right cultivar, and work out all the bugs and kinks from the first crop. And we will do that every time for a while. I’m still new to this and I can take a little more time to get it right.” 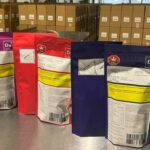 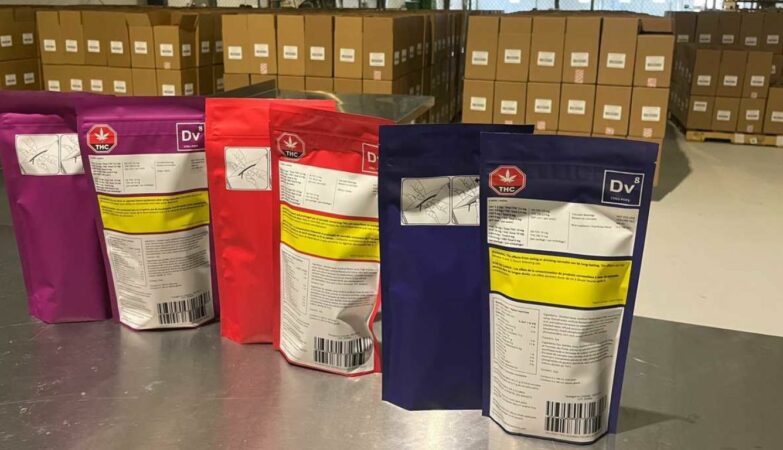