Where does Erin O’Toole stand on cannabis and legalization?

The Conservative Party of Canada has elected a new party leader, Erin O’Toole. Although nothing specific has changed in terms of the Party’s current stance on cannabis policy, we can get some insight into the new leader’s position with some of their past comments on the issue.

The current Conservative Party’s official stance on cannabis has been decriminalization since 2015, an approach that would allow police to issue tickets for small amounts of personal possession, while still keeping the production and sale legal and in the hands of the illicit market. They also officially opposed legalization, with the entire party except one voting against the legislation.

Erin O’Toole is the Conservative Party’s foreign affairs critic and has in the past said the age limit of 18 for cannabis possession was “reckless” and rushed, citing the Canadian Medical Association’s recommendation of 21 and evidence of risks to the developing brain up to the age of 25.

He’s also expressed concerns with home grown cannabis, citing concerns with “smell; the cost of electricity; electrical and structural hazards, and fire risk; health problems arising from the presence of moulds and toxins that can contaminate a building including allergic reactions, toxic effects and infections.”

We can also get some insight into the party’s approach to cannabis now that it’s legal with some of the comments of the current Shadow Minister of Health, Marilyn Gladu. Gladu was also in the leadership race before dropping out earlier this year.

Gladu, who is fairly well known for her anti legalization, anti cannabis stance suggested, among other things, that home grown cannabis would mean kids would be smoking weed out of toaster ovens, told the Globe and Mail last year that the party wouldn’t roll back legalization, but would like to make major changes to it.

Some of those changes included raising the age of access, banning home grows for non-medical as well as personal and designated medical cannabis grows, supporting larger companies over smaller ones, while also wanting to pare back packaging restrictions for foods and drinks. Recently, a Conservative MP in Ontario has called on the federal Health Minister to look at issues with medical cannabis home grows.

The Party also last year said they want to spend $30-million over three years on a national campaign to educate Canadians on “the dangers of drug use and the benefits of staying drug free.”

The Conservative Party will be offering a new official platform prior to the next federal election, on or before October 2023, although it’s possible the opposition could force an election as early as this fall.

The upset of the race was how well newcomer Leslyn Lewis did in the race, surprising many politicians and pundits. Although she didn’t win, she secured 20.49% of the vote, much more than expected. Running as a social conservative, Lewis had in the past said she was opposed to legalization and would “consider” turning back legalization, citing concerns with the developing brain.

Peter MacKay, who came in second in the race was also previously the leader of the Progressive Conservative Party in 2003.

MacKay hadn’t said much about cannabis during the legalization debate under Bill C-45, but had opposed previous attempts by the government to decriminalize cannabis in 2001, in 2004, as well as in 2005 and said he supported prison sentences for cannabis production and ‘tightening our laws’ in Canada.

However, in 1999 he criticized the government for not moving more quickly to provide legal medical cannabis to those authorized for its use under very limited circumstances. 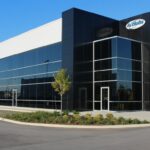