Much has been made about the price difference between the legal and illegal cannabis markets in Canada, but the information surrounding the topic of prices on the illicit and licit markets is misleading according to scans of hundreds of illicit retailers.

Statistics Canada’s most recent figures from earlier this year show legal cannabis being about twice the supposed cost of illegal or black market cannabis, with legal cannabis on average selling at about $10.30 per gram compared to about $5.73 per gram for illicit cannabis.

But while the numbers for legal cannabis provided by Statistics Canada are based on verifiable numbers in legal, regulated stores both online and brick-and-mortar, the pricing for cannabis purchased from the illegal sector is based on anonymous polling data collected by the federal government. This means the data is highly subjective and open to manipulation by those providing the information.

One cannabis data collection company in Canada, CannStandard, says their own numbers show the price of illicit cannabis to be closer to about $7 a gram, based on scans of unlicensed dispensaries and online retailers.

These prices also represent a drop in prices from the same online and brick-and-mortar retailers prior to legalization, of over $8 a gram, before dropping to around $6 by March 2019 and beginning to slowly climb back up in the several months since then. CannStandards’ data ends in December 2019 and includes 197 scans of various illegal online sources.

For larger amounts in the illicit market, the $7/g range maintains, with 3.5 grams hovering around the $25 mark and 7 grams at $50, declining slightly to $6/g with 28 grams allotments selling at around $170.

For the legal market, CannStandard did scans of nine online provincial retailers, showing average prices ranging from about $4 a gram for 28 and 30 gram packages, all the way up to around $11 a gram for single gram purchases. The average minimums are $4-5 per gram, the average max is $22-26, depending on some listings from one more highly-priced producer and listings in a territorial market with higher prices.

For vape pens, one of the most popular products after dried flower, CannStandard scanned six provincial online retailers.

CannStandard shows an average price per gram of $10.35, which closely resembles Statistics Canada’s average of $10.30 per gram in the fourth quarter of 2019.

Brad Martin, the founder of CannStandard explains that they scan various legal and illegal sites, relying especially on data from Weedmaps. Although price is one determining factor for consumers, he also points out quality is something they are unable to track.

“During the date span,” explains Martin, “Weedmaps was the largest aggregator of cannabis product listings in Canada. From the listings placed on the website, we could track price and availability of cannabis products from around 800 stores or delivery services in Canada. Besides price, we are able to gauge the variety of genetics available and regional trends. The data tells us nothing about the actual quality of what’s listed, which is a large factor in value.”

Part of the conversation around the price of cannabis on the licit and illicit market factors into the public’s perception of the success or failure of legalization to compete with the black market.

One of the problems with Statistics Canada’s own widely cited figures for prices on the black market is that they are based entirely on anonymous polling, with people filling in a survey about how much they paid. With no verification, it’s easy to see how these prices could trend towards exaggerating a lower price point than is reflected in the actual illicit market. In a tally of the CannStandard numbers, there were 52 illicit vs 226 legal purchases, with average prices being within 13% of each other.

The perception of legal cannabis being around twice as expensive as the black market paints a picture of a far greater dichotomy than would appear to exist when scanning the known illicit market.

One possible reason for this discrepancy could also be that prices on the illicit market outside of these more professional, commercial, albeit still illegal online and brick-and-mortar pot shops are even cheaper. Many consumers simply “know a guy” who they may buy cannabis from, often in larger quantities like quarter pounds or more, and it’s reasonable to assume these prices will potentially be lower than an illicit retailer that operates on a higher profile with added costs.

Nonetheless, the official data collection method currently used to construct this dichotomy of legal vs illegal cannabis in Canada tends to exaggerate the gulf between the two markets.

In reality, it would appear that the two markets are not all that different when it comes to price unless you are buying in amounts larger than an ounce, from close friends, not more commercial illicit sources. 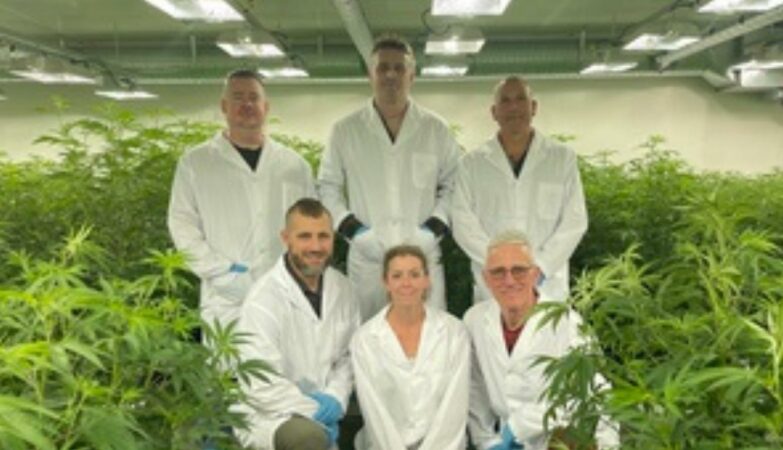