US and Canadian authorities have arrested four and seized over 800 cannabis plants and dried cannabis from an illegal grow operation, and approximately 400 grams of suspected cocaine, as well as suspected restricted and prohibited handguns.

The arrests and seizures are the result of a 16-month joint investigation with U.S. Homeland Security Investigations, members of the Royal Canadian Mounted Police (RCMP) in Ontario and Quebec with the assistance of the Ontario Provincial Police (OPP) – Provincial Joint Forces Cannabis Enforcement Team

Police say the organization was found to be cultivating cannabis outside of federal regulations in the Greater Toronto Area and used a helicopter to fly cannabis across the Canada-US border. The helicopter would fly at low altitudes to avoid detection. An investigation into the origin of the handguns is ongoing.

In an unrelated issue, US also authorities also say they recently intercepted two men entering Alexandria Bay in upstate New York from Canada in a rented boat with approximately 200 grams of marijuana, more than 80 grams of Tetrahydrocannabinol (THC) oil, and 9 methylenedioxy – methamphetamine (MDMAEcstasy) pills, 14 Adderall pills and an amount of hashish butter.

US and Canadian authorities have seized nearly 30,000 pounds of Canadian cannabis destined for the US since it was closed earlier this year due to concerns with COVID-19. 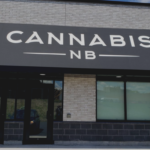