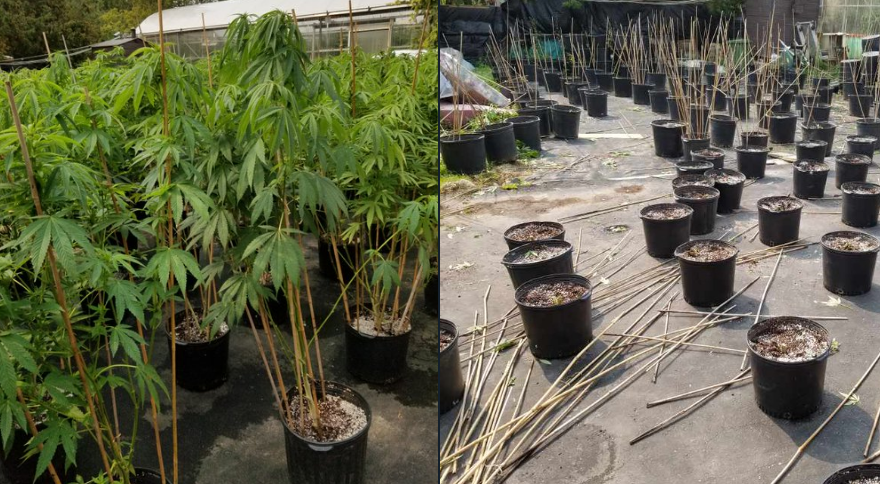 Officers from the Community Street Crime Unit (CSCU) from the Caledon Detachment of the Ontario Provincial Police (OPP) executed a Cannabis Act warrant seizing 235 cannabis plants from an address on Heather Street in the Town of Caledon.

As a result of a joint investigation between the CSCU and the Town of Caledon Regulatory Services, a Cannabis Act warrant was executed by Caledon CSCU and the Central Region Emergency Response Team on September 16, 2020.

235 cannabis plants approximately 5-7 feet in height were seized for destruction. Police say the investigation is ongoing.

Caledon is a township just outside of Toronto. OPP has conducted several large scale raids in the province in the past several months, including  one that nabbed 7,100 cannabis plants in eastern Ontario.