Members of the Durham Regional Police say they have seized more than $50 million in illegal cannabis plants and shut down 18 growing operations as part of what they are calling Project Mosquito.

The raids resulted in 30 arrests over the past several months, 66 charges and the seizure of three rifles. In addition to the 41,880 cannabis plants seized (valued at $50.26 million) investigators also seized 111,130 grams of cannabis, 1,723 grams of hashish as well as hashish oil and honey oil. Total value of all drugs seized was $51.63 million.

Warrants were executed at 17 outdoor growing operations and one indoor operation over the past two months. The largest location was at Concession Road 4 near Goodwood, where 9,826 plants were seized. The second largest was on McKee Road in Blackstock, where 7,465 plants were seized, as well as three long guns.

Although the private growers had licenses from Health Canada to grow cannabis for medical purposes, the crops far exceeded the approved limit. In one case, an operation was licensed to grow 1,023 indoor plants but 9,826 plants were discovered.

Police made an official comment intended to be a dig at Health Canada for not inspecting these grows.

“The monitoring of individual licensed growers is clearly not happening on a scale required,” says Detective Brad Corner of the DRPS Drug Enforcement Unit. “In order to keep an eye on these operations, someone needs to check on them at least once during the growing season, and that just isn’t happening.”

Investigators say they are concerned that most of the excess cannabis makes its way to the U.S., where it is exchanged for guns and other, harder drugs. This supplies criminal gangs in Canada with drugs and dangerous weapons. 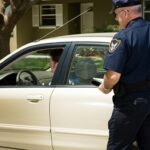 Despite more legal access to cannabis, impaired driving cases not on the rise in Canada or US 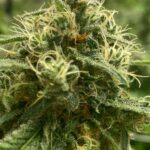 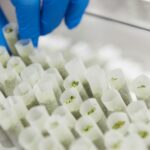