Despite significant concern of an increase in cannabis impaired driving in Canada following legalization, new info out of one province shows no such increases.

Nova Scotia RCMP say they charged 1,625 drivers with impaired related offences in 2020. The majority of these charges, 87%, were alcohol related while only 4% were drug related. Another 9% were due to a driver refusing a demand made by a police officer.

Despite new powers to address cannabis and other drug-impaired driving, this 4% figure from Nova Scotia matches national data from 2015 presented by Statistics Canada that showed 4% of all impaired driving incidents across all of Canada were drug related (about 3,000 in total).

Although Nova Scotia RCMP were unable provide specifics in regards to which drugs were involved in the 72 drug related charges in 2020, a 2013-2014 National Roadside Survey of alcohol and drug use by drivers conducted by the US National Highway Traffic Safety Administration found that cannabis, either alone or in combination with other drugs, accounted for about half of these positive tests.

Of the 1,411 alcohol related charges in Nova Scotia in 2020, 821 charged with Impaired Operation of a Conveyance by Alcohol, a federal offence, while another 590 were issued driving suspensions for Operating a Conveyance While Having Consumed Alcohol, a lesser provincial charge for providing a breath sample with results between the 50 mg/100ml and 80 mg/100ml levels. These drivers were not charged under the criminal code but received a provincial driving suspension.

The national figures from 2015 show that the Atlantic provinces recorded the highest rates of drug-impaired driving, with Newfoundland and Labrador (22.9 incidents per 100,000 population) having the highest rate, followed by Nova Scotia (20.7 per 100,000) and Prince Edward Island (15.0). These rates were still lower than those recorded by any of the three territories.

Under federal law in Canada, there are two prohibited levels for THC in a drivers’ blood. It is a less serious offence to have between 2 nanograms (ng) and 5 ng of THC per ml of blood. It is a more serious offence to have 5 ng of THC or more per ml of blood. The prohibited blood-alcohol concentration (BAC) is 80 milligrams or more (mg) of alcohol per 100 millilitres (ml) of blood. Provinces can set their own lower levels for alcohol impairment that include driving suspension, mandatory driver education, and more.

The prohibited levels of alcohol and cannabis, when found in combination, is 50mg or more of alcohol per 100ml blood and 2.5 ng or more of THC per ml of blood. No such charges appeared to have been laid in Nova Scotia in 2020. 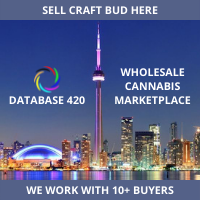 The 4% drug-related impairment charges reported nationally for 2015 represent a doubling of figures from 2009, just under 2%. It is unknown if this is due to an increase in drug use or an increase in detection and enforcement.

Nova Scotia has approximately 250 RCMP members with training related to drug-impaired driving, 33 of whom are Drug Recognition Experts (DREs). Nova Scotia RCMP also has 427 trained breath technicians who are qualified to operate instruments that determine a driver’s blood alcohol concentration. Legalization of cannabis in Canada included funding for training of new DRE’s for law enforcement in Canada, as well as new drug detection devices for the field.

Federal and provincial penalties for impaired driving can vary, depending on the alcohol or drug concentration, whether it is your first or a repeated offence, and whether you have caused bodily harm or death to another person. 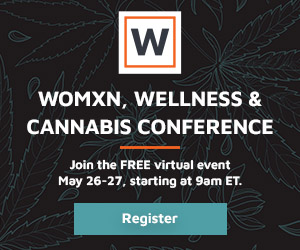