A group representing New Brunswick cannabis producers, industry associations, and the Assembly of First Nations Regional Chief Roger Augustin are calling on the province to halt the potential sale of Cannabis NB to a private company.

The letter, submitted to Premier Blaine Higgs, Finance Minister Ernie Steeves and all leaders of New Brunswick provincial and civic governments, calls for the immediate halt on negotiations relative to the sale of Cannabis New Brunswick. They are asking the province to undertake a full consultation with local cannabis industry stakeholders, Indigenous groups, health and safety professionals, municipalities and New Brunswick citizens to gauge their views on what would be the best path  forward for Cannabis NB

The province announced their intention to look into selling the provincial retail cannabis Crown corporation in November 2019, and has since repeatedly delayed a decision, despite issuing several timelines for a decision, including last summer.

The 10 signatories to the letter include Tom Devost of Golden Peak Farms, a micro cultivator in New Brunswick, who says he’s concerned that selling off the asset to a private interest will have a negative effect on local, small businesses like his.

“I’m worried how this will affect small, local producers like myself who want to sell our product (here in New Brunswick),” says Devost. “There’s a lot of unknowns and it’s not been a very transparent process. Are we going to be forced to maybe sell our product outside of the province? There has to be a better model than selling to a private monopoly. It’s hard to see how producers or consumers are going to benefit.”

Another New Brunswick cannabis producer who signed the letter, Tanner Stewart of Stewart Farms, says the issue has united most of the cannabis industry in the province against the sale.

“I think we were all kind of taking it perhaps for granted that as Cannabis NB became more profitable, that the government would appropriately shift gears away from this concept,” he says.

The reasoning given by the government at the time for this proposal in 2019 was that Cannabis NB was losing money, although the crown corporation has since then shown increasing profits as sales increased and it recouped initial startup costs.

Stewart says he’s not necessarily opposed to the privatization of the market, but to the idea of selling off a public asset to one private company, replacing a public monopoly that benefits the province with a private one.

“It was hard to argue against it when the narrative (was) this is a money losing machine,” says Stewart. “It’s only now that that has been proven it absolutely is not.

“New Brunswickers want to participate fully and would be overjoyed to experience a truly privatized industry where anybody can start tomorrow and open their version of a retail outlet, but this is giving over an entire industry to a private monopoly,” he continues.

“This industry belongs to New Brunswickers, not to a non-New Brunswick company that will vacuum profits from our province and use them to fund their outside endeavours,” Stewart says. “If the sale goes through, we will witness the creation of a foreign-owned private monopoly in New Brunswick.”

A provincial working group put together by the New Brunswick government in 2017 came to the conclusion that New Brunswick interests would best be served by a provincial Crown corporation-operated retail model for cannabis.

The rationale for such a model was that it would provide the most effective and cost efficient way to regulate retailers, while also ensuring profits are reinvested back into the province. It was also suggested that a government run retail system could be more open to working with local New Brunswick growers.

Although most stakeholders who presented to the working group say they strongly supported a government-controlled retail model, some say they were open to the eventual expansion to include private retailers and allowing cannabis producers to retail.

There are currently 20 cannabis retail locations in New Brunswick, run by Cannabis NB, who also manages distribution in the province. Finance Minister Ernie Steeves said in 2019 that part of the reason for the potential move to privatize was because the province was supposedly losing money because it had not yet recouped their initial startup costs. However, since that time Cannabis NB has shown a profit.

The initial public retail model was put into place by the then Liberal government under then-Premier Brian Gallant. Progressive Conservative leader Blain Higgs replaced Gallant in November 2018 following a non confidence vote. It was one year later that Higgs’ government released their intention to accept bids for a single private operator to undertake the operation, distribution and sales of recreational cannabis in New Brunswick.

Although the Crown corporation initially ran deficits in the first several quarters of operation as it recouped its initial startup costs, it has since been showing increasing levels of profits.

In its most recent quarterly report, ended December 27, 2020, the province showed total sales of almost $20 million, with $7.4 million of that as profits. Total sales for the thirteen-week quarter were $19.3 million, 76% higher than the same period of late 2019.

“For the fourth consecutive quarter, Cannabis NB has generated profits”, said Cannabis NB’s acting President and CEO Lori Stickles. “The net profit for the third quarter was $2.8 million, which is a 360 per cent increase year over year. We anticipate ending the fiscal year in a strong position with $10 million in profit.”

“I’m convinced Health Canada did not want it to succeed. Health Canada has come out with rules like you can’t smile in pictures on our website, because that might encourage people to take part in this activity,” Steeves claimed at the time.

However, other provinces that have a publicly-run retail and distribution system, including neighbouring Quebec, have done much better. Nova Scotia also has shown significant profits. Neighbouring PEI, is also profitable.

Greg Hughes, Nova Scotia Liquor Corporation President & CEO says:  “This growth in cannabis sales indicates we are making progress in fulfilling our mandate to impact the illicit market with a safe, secure supply of cannabis”.

Currently, all provinces and territories in Canada have a provincially-run distributor except for Saskatchewan and Nunavut. Alberta, Saskatchewan, Manitoba, Ontario and Yukon have exclusively private retail stores, while BC has a mixed model of public and private stores. Quebec, PEI and Nova Scotia have publicly run stores. The Northwest Territories have no physical retail stores, but sell online through the government distributor. Nunavut recently opened their territory up to private retailers.

Last year one New Brunswicker started an online petition against the sale, as well. 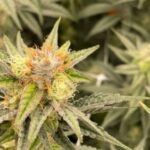 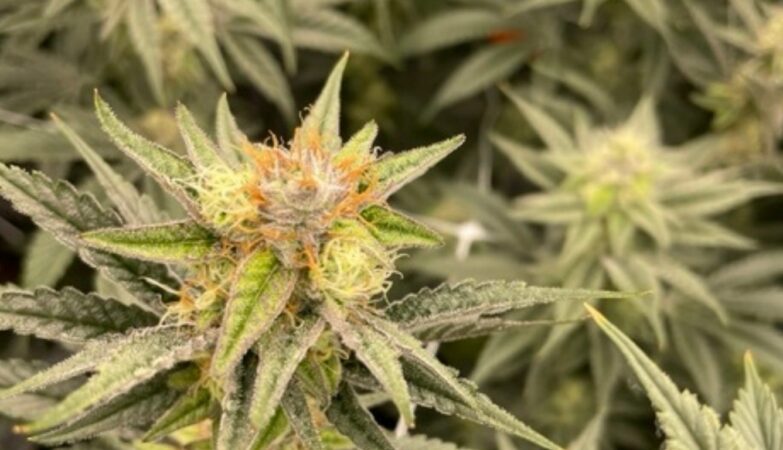