Australia’s Senate Standing Committee on Community Affairs has released their report on the current barriers to patient access to medicinal cannabis in Australia.

Australia’s Senate referred the inquiry to the Senate Community Affairs References Committee for inquiry on November 14, 2019. The 87-page report contains several references to other regulatory models around the world, including Canada’s own medical and non medical regulatory models.

The report identifies numerous barriers to access of medical cannabis in Australia, including monetary and geographical barriers, harmonization of Australia’s cannabis regulations within the Commonwealth, the regulations of access through Australia’s Therapeutic Goods Administration (TGA), the Special Access Scheme (SAS), the Authorised Prescriber Scheme, a lack of access to education for doctors, a lack of access to patients in terms of supply and variety of products, and a reliance on imports from other countries such as Canada.

To address these concerns, the committee heard from witnesses and received nearly 150 submissions over the past several months, before preparing and releasing the report on March 26th.

One submission, from Professor Wayne Hall, Centre for Youth Substance Abuse Research at the University of Queensland, noted the legalization of non medical cannabis meant many Canadian cannabis producers began neglecting their medical patients to pursue the non medical market.

Another interest from submitters to the committee was the ability of Canadians who are authorized to access medical cannabis to have access to a whole host of products from many different producers, rather than being prescribed or authorized access to specific types of cannabis products. In Australia, patients are required to get a specific approval for a specific product, rather than approval for medical cannabis in general.

Currently in Australia, medical cannabis must be authorized through an “Approved Pathway” where a physician or medical practitioner is allowed to prescribe an unapproved medical cannabis for specific conditions. This is limited to patients under their immediate care. This limited pathway of approval is seen by many as a major barrier to access in Australia.

Ms Lanai Carter, a care-provider with experience in the Canadian and Australian medicinal cannabis access markets told the committee that the approval of medicinal cannabis as a broad class of product with a daily dosage limit, rather than a specific product, had significant advantages for her son who uses medical cannabis. Lanai Carter is the mother of Lindsay Carter, a 21-year-old patient who has a brain tumour and intractable epilepsy.

Carter’s submission notes that the barriers to access, supply and import delays in Australia, as well as breaches of privacy impacted her son; she reached out to Canadian government health officials who granted exemptions for Lindsay to obtain treatment in Canada under the medical cannabis programme and return to Australia with medical cannabis from Canada.

Currently, the only state in Australia to start medical trials is NSW, having started the first of three trials in January 2015.

One submission from the Australasian College of Nutritional and Environmental Medicine expressed concern that relying on imports from other countries with different cannabis testing requirements could also prove a challenge for Australians since these countries might not test to the same standards as Australia’s. Australia requires medical cannabis products follow their own therapeutic Drug standards, TGO 93.

“For Australian MC companies importing from the US and Canada, it is particularly problematic as many laboratories in those countries do not test all of the items required under TGO 93, and for particular items may use a different standard (eg. a different cut-off level for presence of a particular heavy metal).”

However, the Therapeutic Goods Administration’s (TGA) guidance on this notes that countries that demonstrate compliance with Australia’s testing requirements include Canada, Germany, the Netherlands, Switzerland and Israel.

Cannabis for medicinal purposes in Australia is currently regulated under two schedules of the Poisons Standard in Australia: Schedule 4 – Prescription Only Medicine, and Schedule 8 – Controlled Substances.

Cannabis and THC for purposes other than those listed in Schedules 4 and 8 are still classed as Schedule 9 – Prohibited Substances. The only exception to this is where these exist naturally in small amounts in hemp fibre or oil products.

You can read the report’s section on the Canadian model below:

Submitters and witnesses particularly favoured the current Canadian model of cannabis regulation which, in addition to providing access to approved cannabis medicines through usual drug regulation pathways and cannabis for recreational use, allows individual patients to be authorised by a prescriber to legally purchase cannabis products from a licensed seller or produce their own supply in a larger-than-recreational quantity.

The health professional authorisation required to access unregistered cannabis products for medicinal purposes is not a prescription; instead, the two-page form is used by health professionals to indicate their support for a patient using cannabis for medical purposes. This authorisation specifies a quantity of cannabis and duration of use, for no more than one year. The patient then registers either with Health Canada to produce their own cannabis, or with a licensed seller to purchase product from them.

Individuals can also access approved CBD health products over-the-counter, and approved prescription cannabis medicines (i.e. nabiximols) with a prescription from their health professional. These products are subject to pre-market review for quality, safety and efficacy in accordance with traditional therapeutic goods regulations in Canada.

While the federal Canadian government oversees most aspects of medicinal cannabis production and distribution, each province and territory still has its own rules relating to cannabis more broadly, including possession limits and minimum age for access. These provincial rules also relate to the operation of licensed sellers, also known as dispensaries, which are responsible for selling cannabis products for medical and non-medical uses which have not been registered as health products.

Witnesses and submitters have proposed that a similar model, where authorised patients can access a legal dispensary to select the medicinal cannabis products (including whole plant and CBD-only products) which meet their needs, be adopted in Australia. 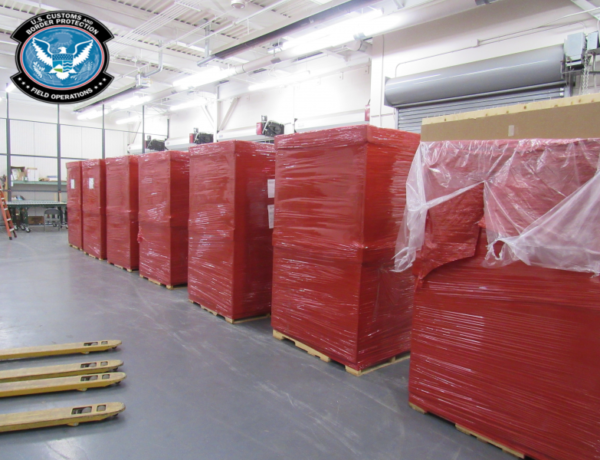