RCMP in Lytton, BC say they discovered a large, illicit, outdoor cannabis operation on August 28 while conducting aerial operations via helicopter.

The team visited the site the following day to dismantle the operation, seizing more than 5,200 cannabis plants.

“Our investigators safely seized in excess of 5,200 cannabis plants from the rural outdoor grow site,” states Sgt. Curtis Davis, Lytton RCMP Detachment Commander. “Given the remoteness of the location, our front line Lytton RCMP officers were flown in and out of the site by our RCMP helicopter, which was integral in safely dismantling this seemingly illegal Cannabis grow operation.”

Images taken by RCMP show numerous cannabis plants in various stages of growth in what looks to be a remote piece of land with no visible infrastructure or out buildings.

Lytton is about three and a half ours outside of Vancouver, in BC’s dry, arid interior near the Thompson and Fraser Rivers. Grow operations of this nature are not uncommon in the region, both because of it’s hospitable climate for cannabis as well as being a remote location. In 2013 RCMP discovered 742 cannabis plants on crown land near in the area.

According to Stats Canada data compiled by Post Media in 2016, nine of the top 20 municipalities in Canada for per-capita pot production investigations were in B.C. in 2015, including Texada, Lytton, Bella Coola, Sooke, Boundary/Midway, Kaslo, Castlegar, Alexis Creek and Salmo. 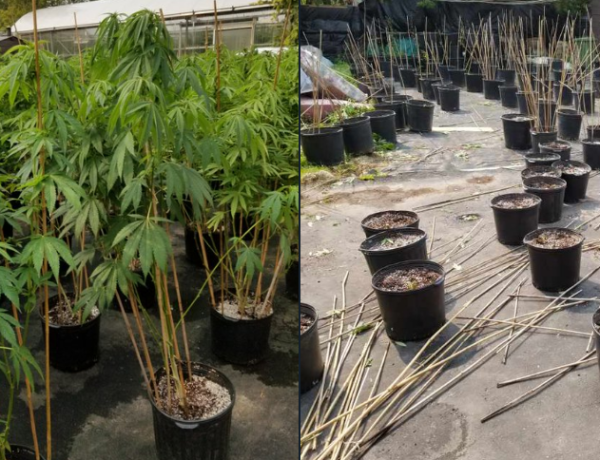