Red Pheasant Cree Nation has opened its own cannabis retail outlet to serve the area. Similar to some other First Nations in Saskatchewan, Red Pheasant is opening its shop without a provincial licence.

Wuttunee said Red Pheasant adopted its own legislation as part of its traditional medicinal protection act, through Red Pheasant governance, before opening its cannabis retail outlet on its land. He said certain plants and roots fall under this Act. “Of course cannabis is a natural root that was used by the First Nations for centuries. So it falls under that Act too, and that is what governs us, and allows us to licence ourselves on the First Nation,” Wuttunee said. He said Red Pheasant is receiving its product for the dispensary from Pheasant Rump Nakota Nation, located near Kisbey, which was reported to have opened its own cannabis dispensary last year. “They comply with all the provincial standards,” Wuttunee said, adding the product is tested, and “everything is safe and high quality.”

In Vernon B.C., Tupas Joint has experienced an increase in customers that are interested in what is going on in there. After it was launched on June 25, this joint has successfully crossed all the hurdles it was fazed with it. One of them is the recent raid by the B.C. cannabis enforcement agency Community Safety Unit. This is the second time an event like this would be happening.

After the store fully restocked, it has seen a large increase in customers. Some of these customers are interested in the history behind the shop and its success story. Most of them are often interested in the people, product medicinal value, nation members, and employees. This joint is owned by Cory Brewer, who is a member of the Okanagan Nation. In Nsyilxeen language, the translation of Tupa is a great grandparent. According to Brewer, the reason they chose this name is because of the belief they have in their Tupas. Their healing strength makes them distinct and effective.

These healing strengths are derived from medicinal herbs and different healing energy forms. When you go to Tupa’s Joint you would be welcomed appropriately. They are located in a homely, natural environment where positive things happen. This store has been serving more than cannabis products, the healing benefits of Tupa’s products are paramount to its existence.

In other news, a cannabis cultivation facility would be supplying 60 B.C. stores. This emerging company in Burns Lake would be supplying different retail stores, and this makes it one of a kind because this is the first business to strike such a partnership. A memorandum of understanding was signed with 26 members of the Association of Canadian Cannabis Business Retailers. The company founder Wesley Sam was excited about the news, and he reflected this in a press release on July 15. There are no other indigenous companies involved in such a partnership.

This partnership gives them the option to ship products directly to the front of the store. ACCRES interim president believes that the company would be the first and earliest producer of indigenous cannabis in the area. This company has products that allow retailers to differentiate themselves from other products in the market. They have a collective, indigenous voice that everyone does not mind listening to. This is one of the features the company has that excites customers.

The indoor facility would produce six tonnes of cannabis products every year in its first phase. There are five different grow rooms, they have three grow rooms, with 2,000 square feet of space each. They have received support from the Burns Lake Native Development Corporation. The corporation is co-owned by Ts’il Kaz Koh First Nation, Cheslatta Carrier Nation, Wet’suwetén First Nation, Skin Tyee Band, and Lake Babine Nation. The Burns Lake Band provides support of up to $1.5 million to the facility.

Phase one of this project would provide a minimum of 60 job opportunities, which is a much-needed boost for the community’s economic welfare. In the coming years, the company is looking to either expand its territory or expand its current property to accommodate the production of more products.

The building construction is almost complete, and it is located five minutes outside the Burns Lake Speciality Wood building, which used to be owned by the Burns Lake Native Development Corporation. Hopefully, work would resume immediately the Covid-19 pandemic is over. The inspection unit would come in when construction is done, and the license to grow at least two crops would be active.

Also, the pandemic has brought business to a standstill at the Alderville First Nation. This is one of the first reserves in Ontario, before the boom in the Cannabis industry. Before the boom in the Canadian cannabis industry, several operators had commenced operations without the government license. So if you want unique cannabis products in Canada, you have to approach these companies. The traffic that these companies brought into the community daily was estimated to be 8,000 vehicles every day, before the uprising of the Covid-19 pandemic.

The roadway that this company is located has been named “Green Mile” because of the abundant companies in its vicinity. Though all of these companies were ordered to close down in March by First Nation chief Dave Mowat. These orders were made to help contain the spread of the Covid-19 virus. To make the by-laws official, 66% of 120 members that participated were in support of its continuation.

Though some cannabis retailers have been promoting their business, Dave Mowat believes that this is not possible because it is not in the Nation’s culture. A council has been established under section 81 framework to help combat this. Some bylaws to help regulate cannabis have been introduced in recent years, but they have not all been successful. There are always 50-60 retailers that are active when you need their services. Currently, there is no First Nation in Ontario that has by-laws supporting cannabis. It has not been easy.

In Witset, a cannabis shop recently opened its doors for operations. Though there was a previous opening the week before for representatives from the parent company, and some company representatives. The parent company representatives were offered respect to cut the ribbon. The company is located on Highway 16 next to the gas station. This company is among the numerous First Nation companies to opt-out of the federal, provincial regulatory framework. There are laws for cultivation, distribution, and production of cannabis products and by-products. They have a variety of smokable, topical, and edible products. They are open 9-9 every day.

Some of the people present at the pre-launch were Mike Scott, Katherine Naziel, Lax Silyu, Robert Louie, Millie Gunanoot, and Carol McQuaide. These were the folks that were offered the honor to cut the ribbon. Trevor Morrison was at the grand opening to address the crowd. Several top officials of the company were also present at the grand re-opening. 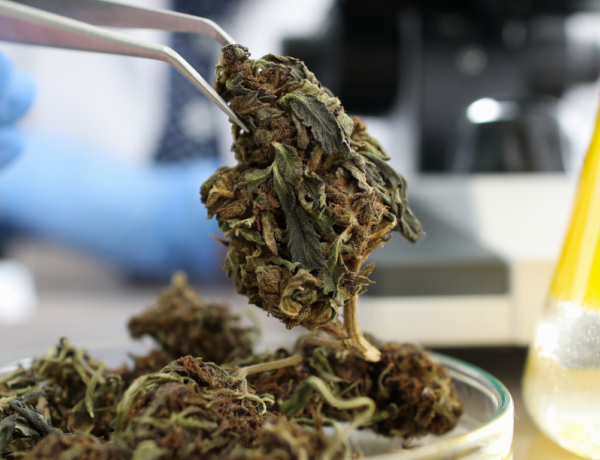