The Union of British Columbia Municipalities annual meeting will be taking place virtually this year, from September 22-24. Cannabis and cannabis policy will again be one of the many topics discussed.

There are five resolutions available for discussion at this year’s annual meeting dealing with the distribution of provincial and federal cannabis tax revenue to municipalities, municipal concerns with medical cannabis home grows, a desire to allow cannabis consumption lounges, and how to manage cannabis production on ALR land.

The primary cannabis-related priority issue for the UBCM this year will be Cannabis Taxation Revenue Sharing. Specifically, municipalities are asking for their share of federal cannabis tax revenue that is allocated to the province, for distribution to municipalities.

The organization notes that although provinces successfully lobbied the federal government prior to legalization for a larger share of federal tax revenue, in part to address the cost of implementation of legalization at the municipal level, BC munis have yet to see any of that revenue. The municipal organization also says the provincial government “continues to decline UBCM’s requests to negotiate a cannabis taxation revenue sharing agreement”.

Under the Federal-Provincial-Territorial Agreement on Cannabis Taxation, which was signed in late 2017, it was said that the combined rate of all federal, provincial and territorial cannabis-specific taxes would not exceed the higher of $1 per gram, or 10 percent of a producer’s selling price.

This tax room was to be shared with 75% going to provincial and territorial governments; and the other 25 per cent to the federal government, with the federal portion of cannabis excise tax revenue to be capped at $100 million a year. As per the agreement, provinces and territories were expected to work with municipalities to allocate these funds. The BC government has never made a commitment to share cannabis taxation revenue with local governments.

The municipal organization says a survey of their members shows $11.5 million per year in local government incremental costs for the three years following cannabis legalization. If the province provided 40 percent of the more than $15 million in legal cannabis tax revenue to its munis, this would account for about half of those costs, around $6.3 million.

The Province is projected to bring in $90.9 million in federal and provincial cannabis tax in 2020-21.

The next resolution to be considered at the meeting, raised by the Sunshine Coast Regional District, calls for more power for municipalities in dealing with personal and designated medical grow licenses in residential communities.

Specifically, the resolution is looking to require Health Canada to provide the location of these home medical grows, and the authority to oversee building and fire safety requirements for these same medical grows. The UBCM committee is recommending an endorsement of this resolution.

The Central Kootenay Regional District has tabled a resolution calling for a change to the BC Cannabis Control Regulation rules that currently prohibits cannabis lounges from operating.

Although a Joint Provincial-Local Government Committee on Cannabis Regulation (JCCR) in 2017 between the province and UBCM found “considerable support” for places where individuals can consume cannabis, the province has not yet addressed this specific concern.

The City of Maple Ridge has tabled a resolution calling on UBCM to ask the BC Ministry of Agriculture to provide municipalities with more control over ALR land to address concerns with cannabis growers and water usage, waste, light emission.

Lastly, Langley City has a resolution specifically asking for the distribution of provincial cannabis tax revenue to municipalities, which is being referred back to the initial executive resolution on provincial and federal taxes. 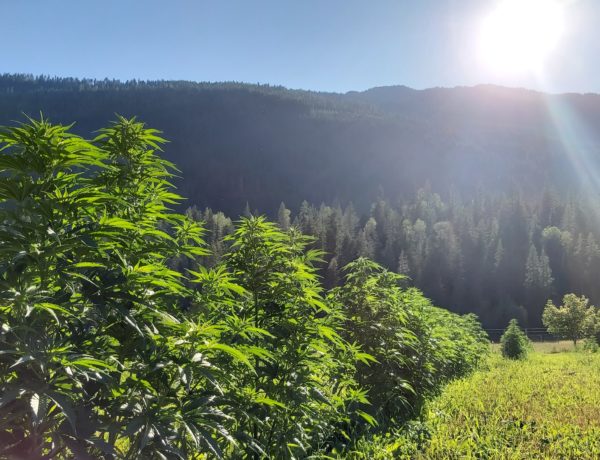