Jacob Saffer-Spiro can now start growing cannabis legally on the 185-acre farm he grew up on, not too far outside Toronto along the Oak Ridges Moraine.

Approved for a micro cultivation license in mid May of this year, Saffer-Spiro’s Willow Weed is a passion project of he and his father. The father and son team have spent the last year constructing a space to house their 200m2 of outdoor production space and indoor drying and storage room, building around old barns and rock walls and integrating the new space into the old farm.

Nineteen years old and a student at Western’s Ivey Business School, Saffer-Spiro is the license holder and RPIC of Willow Weed, while his father David Spiro is master grower and head of security. The Saffer-Spiro’s bought the land to establish a vegetarian, organic, sustainable, homestead and Jacob spent the first ten years of his life there before moving to Toronto.

Looking back to October 17, 2018 when cannabis was legalized, I thought it was an exciting and invigorating opportunity to be part of history.

Saffer-Spiro says part of why he wanted to get a licence to grow cannabis was because he wanted to see new life brought back to the farm. A medical patient under the ACMPR, he was aware of the opportunities in the industry and when cannabis was fully legalized he decided to try his hand at getting a licence.

“Looking back to October 17, 2018 when cannabis was legalized, I thought it was an exciting and invigorating opportunity to be part of history. I figured I had the land, which is one of the biggest expenses, so I thought, why not give it a try?”

The licensing process required a mixture of perfecting documentations and fixing physical elements such as adding a vestibule or straightening a fence.

“I came at it from an entrepreneurial background, but also as an active cannabis user and being around cannabis most of my life. My parents were hippies who bought this farm to live off the land, so when this opportunity came up I jumped on it and just haven’t looked back.”

“I was always intrigued by the cannabis industry from two aspects. The first aspect is that I grew up on a farm and I’ve always loved nature and the idea of being able to work outside as opposed to an office. And with my dad being a vegetable gardener for many years, it just fit. Being able to have a career in a farming atmosphere was very enticing. And then from the other side is the business. This is a new industry and if you can grow good cannabis, there’s a lot of opportunity. So it intrigued me as an entrepreneur.”

The process wasn’t easy though, he points out. He originally applied in September 2019 and had to wade through what he says were numerous RMIs (Requests for More Information) and ITRs (Intents To Refuse) and satisfy numerous requests from his reviewer. But ultimately by taking each one step-by-step and addressing those concerns, even when they seemed, as he says, nonsensical, he was able to satisfy all the requests.

I think they understand that if we didn’t get licensed soon, we would have to wait until next year. To the credit of the government, they finally understood the pressures of the small grower and relented.

“The licensing process required a mixture of perfecting documentations and fixing physical elements such as adding a vestibule or straightening a fence,” he says. “One fence had to be re-straightened three times, often in the freezing cold, because our reviewer found another issue. Being post-license we can say it was well worth it, but if we didn’t have a positive and tenacious attitude there is little chance we would have ever received the license.”

As an outdoor grower who needs to get crops in the ground in the late spring, he says he also had to push to ensure Health Canada was aware of their concerns.

“I was really pushing it for the last month, telling them that we had been waiting at that point almost seven months and that if we didn’t plant in the next month, it would all be for naught. So I’ve really been pushing them at every chance I get on behalf of all outdoor growers in Canada, that we need a licence to grow. Now I know there are a few others like ourselves who are getting licensed soon, too. I think they understand that if we didn’t get licensed soon, we would have to wait until next year. To the credit of the government, they finally understood the pressures of the small grower and relented.”

One of the biggest challenges, as well as biggest expense, he says, was retrofitting an old 53ft tractor trailer they bought as their drying, curing, trimming, and storage space. While the trailer itself was only $50 on Kijiji, he says they had to spend several thousand laying a floor, painting walls, sealing the room, and building a vestibule to satisfy all the regulator’s requests and concerns.

That plus some additional expenses such as purchasing SOPs, licensing fees, security clearances, and running fencing around the property, added up to approximately $15,000. Originally he says he had wanted to do an indoor facility, but felt the cost was too prohibitive.

He and his father plan to start planting in the coming weeks utilizing genetics they have brought in themselves, as well as purchased from two cannabis nurseries. While using the commercial strains for their larger crop, they also intend to grow out several of their own strains within their 200m2, to begin experimenting with what will work better in their micro climate.

I look at the beer industry as a case study and there we saw that public demand forced market share away from large generational companies towards local craft beer.

This do-it-yourself, outdoor approach, he says, will help them navigate the next few years as they figure out what grows well and as the market matures to better accommodate small scale growers. Not only does he see provinces focussing too much on larger producers, but he says some of the legal requirements to sell to a province can be financially overwhelming for a small farm.

“For example, we would need $50,000 a year for insurance to sell to the OCS”, says Saffer-Spiro. “For an outdoor micro, that’s approximately  fifty percent of our potential revenue, just on insurance. So things like that really hurt the little guys. I think provinces really need to evaluate who they want to support here, the big corporations or the little guys. They can do both, but right now it seems like the big corporations are winning.”

“Right now, I can’t sell to the customers I want to sell to. I have to sell to the crown corporations and they only buy what they want – or think they want. Consumers want a plethora of new and unique genetics that are readily available. If the legal market is to survive, they have to learn those lessons from the black market where there are many different strains and products. So far, the small craft growers have been pushed out by the big producers, as well as the government. But I do think that is changing now. I look at the beer industry as a case study and there we saw that public demand forced market share away from large generational companies towards local craft beer.”

He says he is hopeful because he knows the demand for good product is out there, and he thinks by starting out at such a small scale they can make it work in the coming years. Currently, they’re looking to work with a processor to take their bulk harvest either for flower or extracts depending on the COA , but they are also looking at their own processing license and sales amendment in the future. Building a Willow Weed brand is essential for Jacob.

I don’t feel competitive, I feel we have to all work together to survive, and the micro community has really embraced that philosophy.

“We have very low operating expenses. We do everything ourselves, and when it comes to planting and growing we have decades of experience of how to do this with a quality product and a high yield. But we’ll see. There are a lot of factors involved with growing and selling.”

Like many other micro growers, Saffer-Spiro says he learned a lot by networking with others online, including Reddit and Facebook, especially Tamara Follet’s “Canadian Cannabis Microcultivation” Facebook Page. In fact, she supplied his SOPs and provided him ongoing consulting which helped guide him through the licensing process.

“I see the legal cannabis industry really as one family. I don’t feel competitive, I feel we have to all work together to survive, and the micro community has really embraced that philosophy. Standards forming relationships between each other and standards working to support micros will foster a robust cannabis industry that will prevail over the blackmarket. 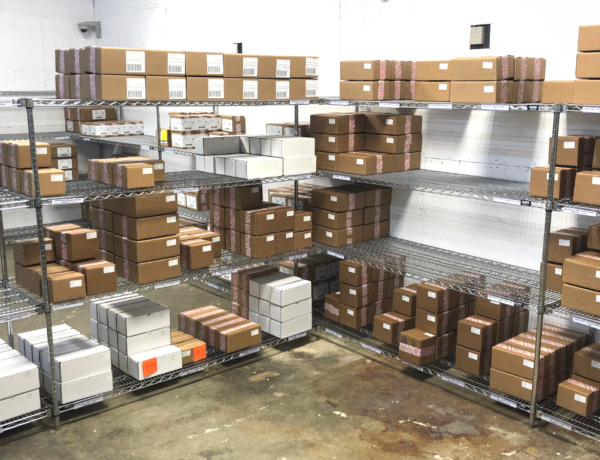 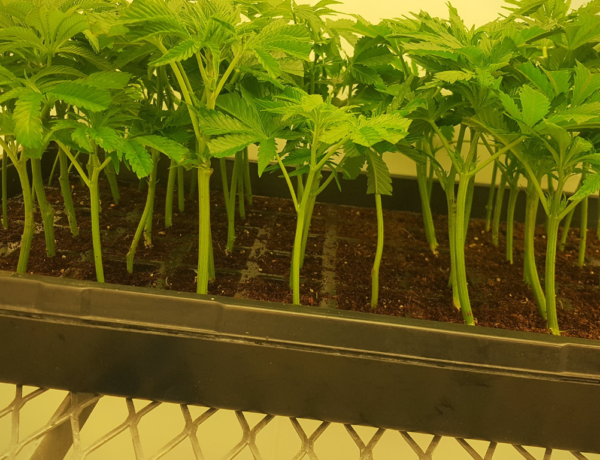