Microbial testing is necessary to ensure that cannabis products are safe to consume. However, the risks associated with microbial levels vary according to the product, and how it is consumed.  In Canada, this is complicated by a challenging regulatory environment.

“It can be a windy road to follow,” says Christian Poole, Director of Sales and Marketing at Steep Hill, a cannabis testing lab in Toronto. “Ultimately, Health Canada indicates that both the European Pharmacopoeia (EP) and the United States Pharmacopoeia (USP) can be followed.”

A pharmacopeia establishes standards for medicines and food ingredients. In Canada, a company must decide whether it will be following EP or USP; however, the limits are often modified or combined in different ways. This depends on what the pharmacopeias allow and on client flexibility.

“Where it gets even cloudier is that some labs and clients have taken both sets of guidelines and use them in a ‘harmonized’ fashion to justify specifications that make the most sense for their product,” says Poole. “The weird thing with microbial testing is there are probably more combinations of how to do it properly than for any other test.”

From Health Canada’s perspective, however, it’s preferable that labs and their clients commit to one standard.

“Health Canada expects you to justify your decision to use either EP or USP, and to stick with that decision,” says Rod Szarka, VP of Marketing and Business Development at Keystone Labs in Edmonton. “I know of a testing facility that tried to pick and choose between the two, and Health Canada insisted they choose one or the other.” 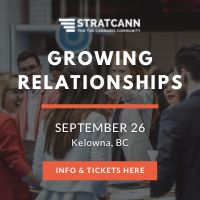 Typically, flower is the product with the highest frequency of failed samples. It is particularly challenging when growing methods focus on organic or living soil, or occur outdoors, as these aren’t sterile environments. The result is higher microbial levels, so cannabis grown in these environments often has a hard time passing the tests.

“Outdoor grows are susceptible to airborne contamination drifting in, which is difficult to control,” says Poole. “Craft growers typically have smaller grows, which is a good thing for mitigating microbial contamination, but they often don’t have the dollars to go above and beyond when implementing their sanitation programs.”

Poole adds that large-scale growers can have more issues mitigating microbial contamination. The well-funded companies have the resources to implement the latest and greatest in technology and expertise, but it can be difficult to scale perfectly.

“In sum, microbial contamination is experienced at all levels—no exceptions,” he says, “but each group faces their own set of unique challenges depending on their circumstances.”

Inevitably, for some smaller operations and LPs with outdoor grows, the regulations have given them no choice but to resort to irradiation, also sometimes referred to as e-beam. Irradiation is an effective technology for eradicating microbials – notably salmonella and E.coli – for which there is zero tolerance.

“Some producers have been forced to irradiate by their processors,” says Velvet Kavanagh, Founder of Phenologic, a cannabis business consultancy in BC. “In one case, I was told by a cultivator that the processor’s insurance company was requiring all of their flower to be irradiated, regardless of the test results.”

The demand for irradiation is based on the high microbial testing failure rate for some products. Though microbial testing costs are not high – they can range from $30 for salmonella and E.coli, to $60 for total aerobic bacteria – they are a heavier burden on smaller producers, given Health Canada’s stipulation that each batch must be tested. Shipping costs are also a factor.

The real issue, however, is time.

“Cannabis clients want test results as soon as possible, to get their products out of quarantine and to market,” says Szarka from Keystone Labs. “A polymerase chain reaction (PCR) test can be done in three or four days, but the gold standard is to use plates for incubation and visually counting Colony Forming Units (CFU), which can take a week or more, and which we deploy exclusively. The challenge with PCR testing is that it is designed for identification—it’s harder to quantify levels.”

Aside from flower, some mechanically extracted concentrates—hash, rosin, etc.—can also have microbial contamination. Extracts in general have fewer issues. This is particularly true if they go through a solvent-based extraction process, given that solvents like ethanol and butane kill off a lot of microbial contamination during the extraction process.

“Many producers have a pretty good idea whether their product will pass microbial testing or not,
says Poole. “Some producers who likely know when they have a product that won’t meet testing specifications will remediate the product before it even goes for microbial testing.”

This can make sense in the context of risk management and cost control. Though it is possible that a product can be too contaminated even for irradiation/e-beam to resolve, most products that would otherwise fail microbial testing will likely pass after irradiation.

“These tests aren’t easy to pass, but the nice thing with microbial is that you have an out,” says Szarka. “With pesticides and metals you can’t get rid of them, but with microbials you can irradiate the product and get it to market. Otherwise, it goes in the dumpster.”

Most producers aren’t about to promote the idea that their products are being irradiated – especially if the brand is heavily reliant on a natural image. Though there is no evidence that irradiated products negatively affect human health (on the contrary, it is the microbials that are the risk), there is some concern that irradiation might reduce terpene and cannabinoid levels.

“For the most part, it’s not something producers prefer to shout from the top of the mountain,” says Poole. “Regardless of its efficacy or its effect on product quality, producers in Canada are using these services.”

Are Health Canada’s regulations too strict?

Given that Health Canada defers to USP and EP, one could argue that the strictness of the regulations is out of its hands. However, Health Canada has determined which USP and EP codes apply, and some industry observers feel that the practical results have been detrimental. Failure rates for operations of all types and sizes can exceed 50%, causing some to question whether the regulations are too strict.

“The Canadian perspective seems to be more informed by pharma, with a focus on sterility, rather than on agriculture, and the fact that it’s a living crop,” says Kavanagh. “Of course safety is important, but we need to look at it in the bigger context of what’s realistic for the product we’re testing, the way it is produced, and the intended use.”

One challenge is that a plant that is grown outside and organically, for example, will be exposed to soil bacteria that promote growth, some of which can transfer to the plant. These beneficial microbes can promote plant health, sometimes even limiting the effect or presence of pathogenic bacteria, but they are added to the overall numbers and can result in a failed test.

“The test for the total aerobic count doesn’t distinguish between what’s good and bad,” says Szarka from Keystone. “I can’t imagine that that problem will go away, as we aren’t about to isolate thousands of bacteria. So, even if the bacteria are helpful to the plant, if the numbers are too high, it won’t pass the test.”

Health Canada still has to chart a path forward in an industry that is experiencing new product rollouts.

“I think it will be interesting to see how HC addresses the regulation on micro testing for the new product category of ‘infused pre-rolls’,” says Poole. “They currently fall under the ‘extracts’ category officially, but contain mostly flower, which can have some challenges passing the micro limits required for ‘extracts’ products.” 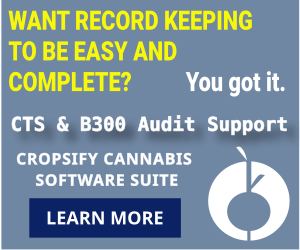