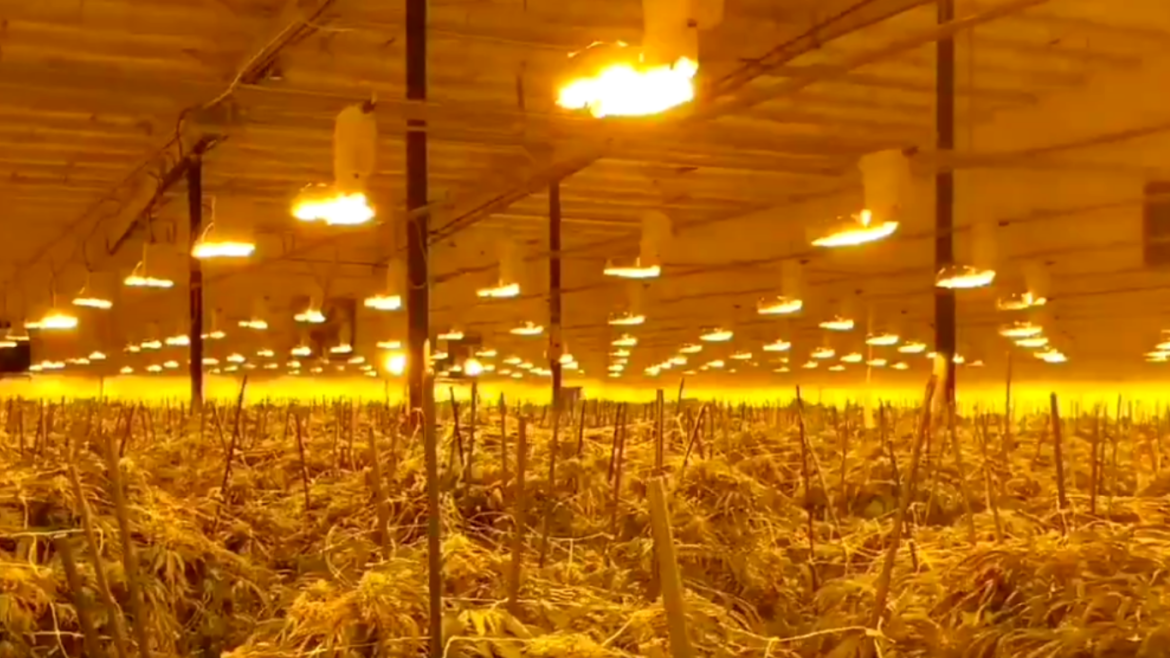 A social media post today says the raid was the result of ongoing community complaints and was coordinated between several law enforcement agencies, including the local street crime unit and the provincial joint cannabis enforcement team.

The OPP says the investigation is ongoing.

“What you need to realize is that the plants that are grown outside the provincial and federal legislation oftentimes goes back to fund organized crime,” said OPP Constable Ed Sanchuk in a video on Twitter.

This is the most recent of several large seizures. Last month, Norfolk County OPP seized several hundred plants in a similar raid.  In August, Ontario Provincial Police say they dismantled a large cannabis grow operation in Norfolk County, seizing nearly 2,000 pounds of cannabis, along with other cannabis products in what police called Project Woolwich.

Norfolk County has been trying to manage cannabis grows in their jurisdiction for some time now. When cannabis was legalized in late 2018, local government established a new zoning bylaw to address concerns with setbacks from neighbouring residences and site plan control issues such as parking, lighting and odour emissions.

Earlier this year, Diane Finley, the MP from Haldimand-Norfolk raised the issue in the House, saying the current regulations create a “ loophole” that large scale growers are taking advantage of. Patty Hadju, the Minister of Health says she will look into the specific complaints.

Numerous large scale raids of large illicit cannabis operations, especially in southern Ontario, have been reported in the past few months.