Bud Coast, a BC craft cannabis brand, announced to BC retailers today a voluntary recall on their 3.5 gram Salt Spring OG Shark.

A representative for Bud Coast, Janeen Davis, says the flower had only just begun to be shipped out to retailers this past Friday when they were alerted to a report of powdery mildew. Bud Coast, a brand processed by Joint Venture Craft Cannabis, who packages cannabis for several BC cultivators, including several micro cultivators.

“One of the first retailers to receive the product notified us to tell us they saw what could have been powdery mildew,” explains Davis. “I immediately went to buy several units from a local retailer who just got it that day. I was able to identify it, too. Not in every unit but in about half I saw some very mild powdery mildew.”

“So we very quickly contacted the BC LDB and those retailers who had already received these SKUs and asked them to not put them on shelves. At Bud Coast, we believe when consumers spend their hard-earned money on a premium craft product, that they expect it to be pristine, they expect it to be high quality and without any flaws. We completely understand that this had some quality issues. So we immediately issued a voluntary recall. And any consumer who purchased it, we will issue a full refund.”

Retailers have been told to return any Bud Coast Salt Spring OG Shark SKU #1038652 and any consumers who purchased this product can contact Bud Coast with proof of purchase for a full refund as well.

“We’re a small, craft company working with other small craft companies and we care deeply about cannabis,” adds Davis. “A recall like this is hard, but it’s important to be proactive in protecting the consumer.”

Editor’s Note: As of October 14, Health Canada has updated their own recall page to note this voluntary recall. 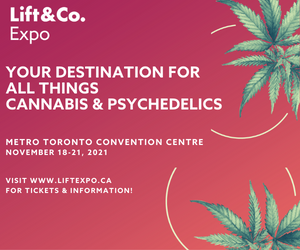