Users trying to visit a popular forum focussed on discussing illicit online cannabis retailers in Canada were greeted by a message today saying the content has been restricted due to a law enforcement request.

The forum in question, a subreddit called /r/CanadianMoms, is a community that has existed on Reddit for over three years now, with about 42,000 subscribers. It regularly features dozens of daily posts from cannabis consumers about products and retailers that exist in Canada’s expansive and in depth illicit, online cannabis market.

The message, which users began noticing by late in the afternoon Tuesday, March 31, Eastern Time, states “This content has been restricted in your country in response to a legal request”.

A popular thread about the issue quickly appeared on the same subreddit noting not only the change, but that it could be easily subverted through the use of a VPN or by going directly to a thread rather than via the subreddit’s main page. There were nearly 200 comments on the thread at time of publishing this article, with a decidedly unhappy sentiment expressed in near unanimity.

One moderator of the subreddit, Not_Me25, posted saying the move came as a surprise to their team, with no feedback from Reddit Administrators.

“We are as surprised by this as you are. We have received 0 communication from reddit or anyone and I actually first heard about this from a regular modmail message. This is despite us being on good terms and having open communication the last time reddit made changes in their content policy and tried to come at us. We’ll obviously continue to look into this but things will probably be slow for the next few days.

“Edit: Just as the banner says, the main subreddit page has been geoblocked in Canada. It is still accessible and functional otherwise. Not sure how long it will take to get a response from reddit.”

The moderator team at /r/CanadianMOMs declined further comment. StratCann reached out to Reddit’s media team for official comment but has not received a reply as of yet.

The headline of the main thread discussing the new change also speculates that the ban is related to a recent move by Edmonton Police to shut down numerous ‘MOM’ (Mail Order Marijuana) websites that had been hosted on a .ca server. The majority of these websites quickly re-opened under the same name with a non-.ca url, such as .co or .biz and have apparently continued to operate as normal. A popular post on /r/CanadianMoms discusses the issue here.

The move comes at a time when dozens or even hundreds of similar online cannabis retailers operate outside the scope of Canada’s regulated cannabis industry, a number that has only increased since the country officially legalized on October 17, 2018. Part of this increase is the result of many former illicit brick and mortar dispensaries closed up shop and moved online as cities and police began taking enforcement more seriously.

Consumers tend to see little legal risk in ordering from these operators and most of those running the websites appear to operate with little concern for enforcement.

In a related issue, RCMP in Nova Scotia did recently arrest seven people in connection with an online cannabis business. The investigation started in May of 2019. Six of those arrested face charges of Possession of Cannabis for the Purpose of Selling, Possession of Property Obtained by Crime over $5000 and Money Laundering.

Many in the legal cannabis industry have expressed support for increased enforcement of the law against such illegal online retailers, while others have a more supportive attitude to those still operating in the black market.

“I think they are generally a byproduct of other sales avenues being closed off to illicit sellers of cannabis,” says Ariel Glinter, director of business development and regulatory compliance at The Joint Head Shop Inc in Saskatchewan. “From my experience they began to proliferate at the same time that the City of Vancouver began to regulate medical cannabis dispensaries a number of years ago.”

In this specific case, Glinter says he thinks the anger at Reddit is misguided

“Reddit appears to have done only what the exact legal order they were served with told them to do, which was prevent visitors from Canada from viewing the subreddit.”

More on this story as it evolves. 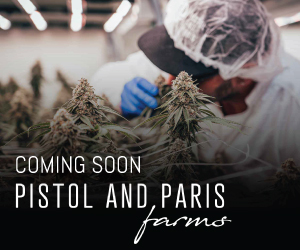